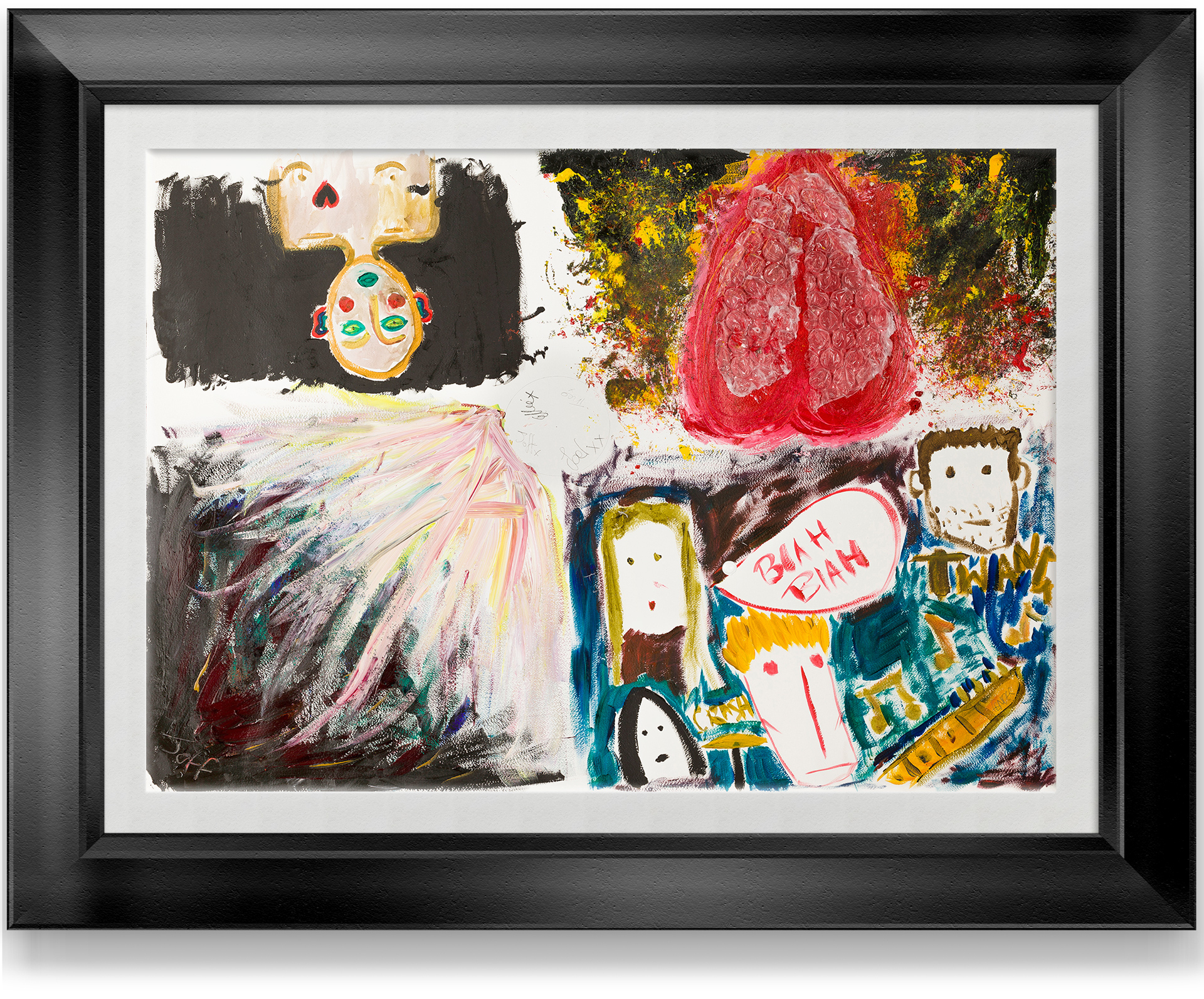 Wolf Alice are a bunch of characters. Ellie Rowsell plays the effortlessly visceral frontwoman onstage, but is quietly polite off it hoping to “not sound wanky” in interviews. Theo Ellis is the suave punk bassist, unapologetic about the dodgy tattoos he gets to kill time when bored on tour. His latest is a black rectangle which is supposed to resemble a pint of Guinness. Guitarist Joff Oddie is the insular romantic, picking out folk tunes on an acoustic backstage then noodling the hell out of his solos when the lights go up. Last but not least, drummer and one half of a rhythmic bromance with Theo, Joel Amey provides the life and soul of the party. Joel is incapable of doing anything besides music. He collects oddball trinkets to decorate his chest like some 1970s road dog.