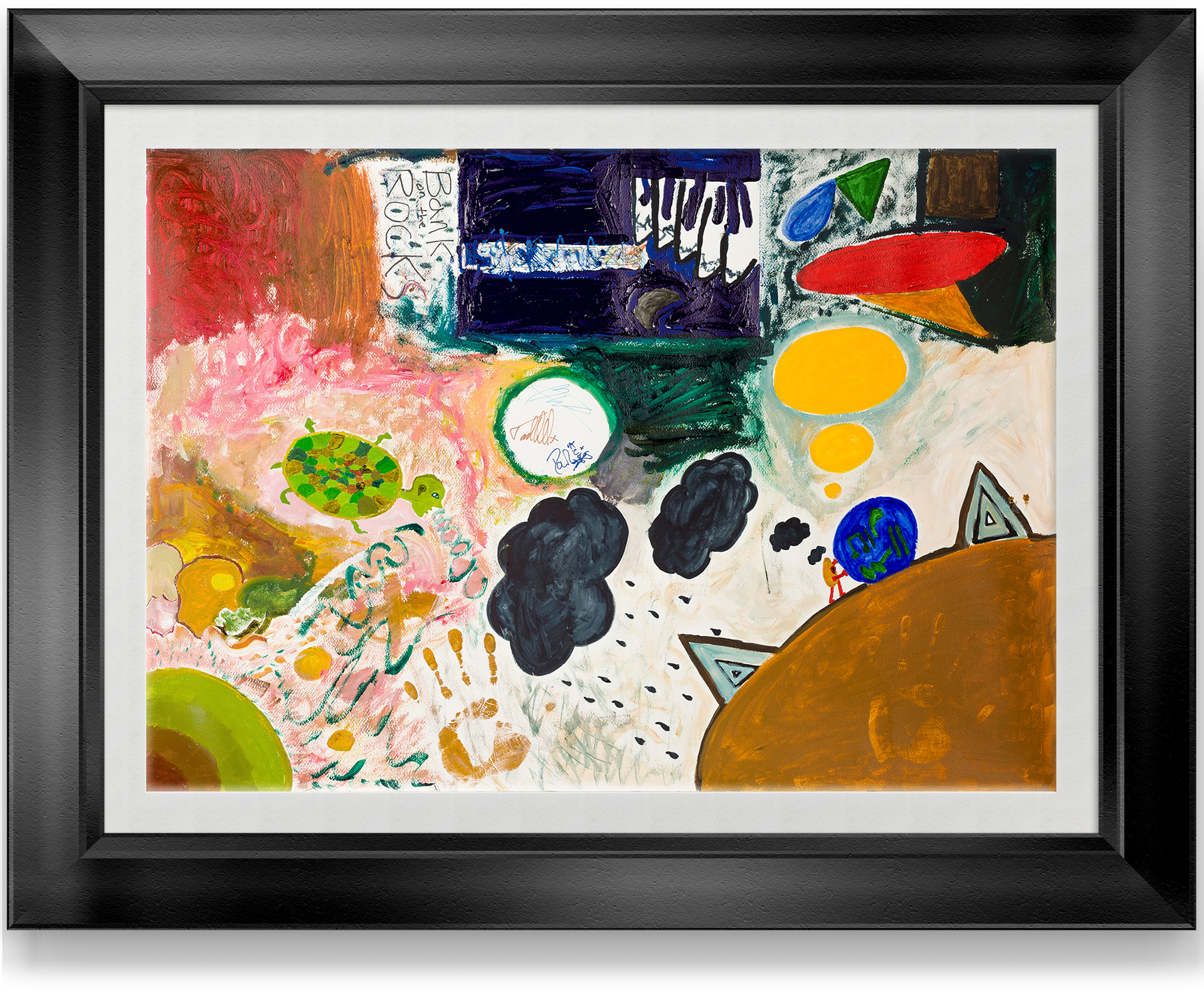 THE WOMBATS’ ART IN A CORNER PAINTING

Highly regarded in the UK and promoted by the likes of Radio 1’s Zane Lowe, the band are increasingly popular internationally and have sold over 1 million records worldwide. Los Angeles, in particular, is something of a spiritual home for the band, with their 2015 album, Glitterbug, heavily influenced by the city.

Despite the album’s focus on L.A. and the band’s growing geographical displacement, The Wombats remain a Liverpudlian band at heart – Dan still lives there, with the band’s rehearsal room also in the locality. Similarly Murph is proud of his roots, despite plotting a move to Los Angeles in the longer term. “I’m actually excited about how much of an awful struggle I’m going to have to make it a reality,” he says. “It’s going to be great.”