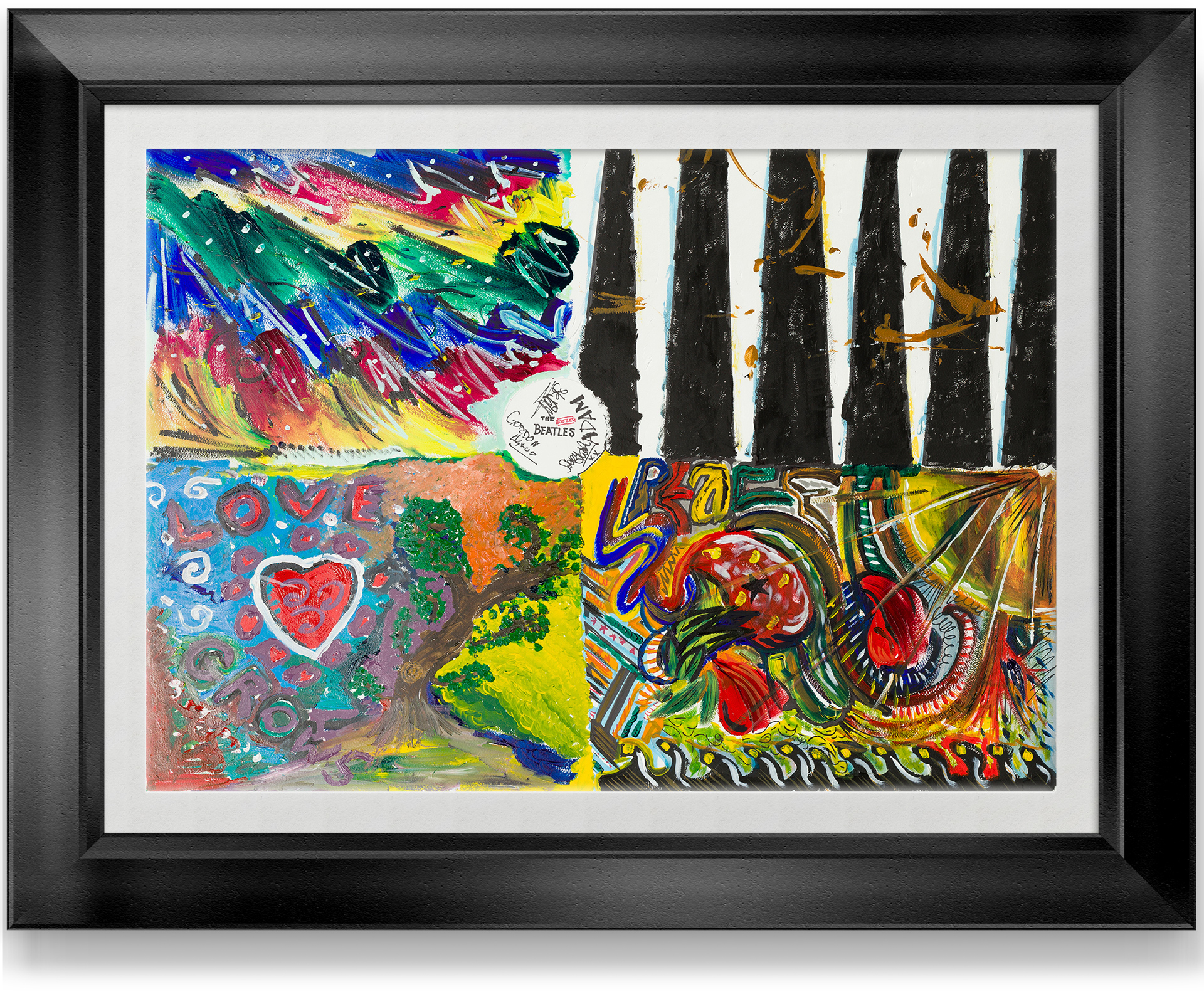 THE BOOTLEG BEATLES’ ART IN A CORNER PAINTING

Love Grows (2016) by The Bootleg Beatles

The Bootleg Beatles are the world’s leading Beatles tribute band – now in their 36th Year.

Early performance highlights included a 60-date tour of the Soviet Union and a 1984 visit to the United States , commemorating The Beatles’ groundbreaking tour 20 years earlier.

The Bootlegs have gone on to tour the world and have amassed a huge global fanbase.

In the UK, they have played most of the top venues and festivals, from supporting Oasis at the height of their fame at Earl’s Court and Knebworth, to playing Glastonbury Festival, Buckingham Place and The Royal Albert Hall.

Upcoming events to look out for will include a major 2017 world tour, celebrating the 50th anniversary of Sgt. Pepper’s Lonely Hearts Club Band.