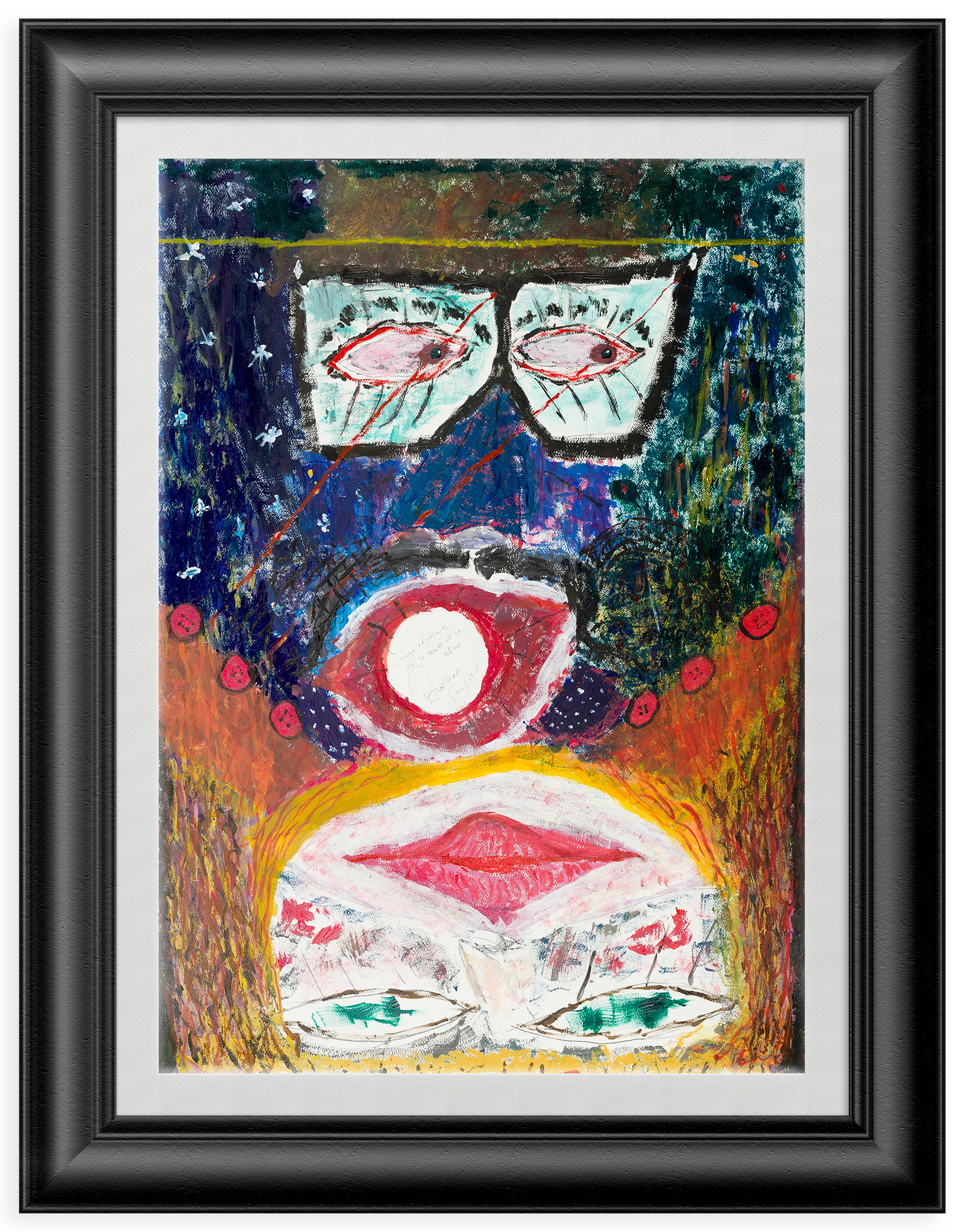 Elvis Costello wrote his first song, “Winter” in the appropriately gloomy key of E Minor at the age of 15.

Born Declan MacManus, the son of a dance band singer and record shop assistant from Merseyside, Elvis Costello has written close to four hundred songs. The impact of many of them has far out-distanced their commercial performance.

Following his 1977 debut album, “My Aim Is True”, Elvis Costello and the Attractions enjoyed an unbroken run of U.K. chart success for years, placing “Red Shoes”, “Watching The Detectives, “(I Don’t Want To Go To) Chelsea”,“Pump It Up”, “Radio Radio”, “Oliver’s Army” and “Accidents Will Happen”, in the popular imagination.

Ironically, “Alison”, perhaps his most famous song, has never been a hit on record by any artist but endures alongside a rare U.S. chart success, “Everyday I Write The Book”.

Major songwriting collaborations include a dozen titles written with Paul McCartney and hit singles “Veronica and “My Brave Face” – “The Juliet Letters”, composed with the Brodsky Quartet and “Painted From Memory”, with Burt Bacharach featuring the Grammy winning song, “I Still Have That Other Girl”.

However, Costello had no hand at all in writing three of his biggest hits,;the 1980 uptempo arrangement of a Sam & Dave b-side, “I Can’t Stand Up For Falling Down” – written by Homer Banks and Allen Jones – Jerry Chesnut’s “Good Year For The Roses” -originally recorded by George Jones – and the worldwide movie-theme smash, Charles Aznavour/Herbert Kretzmer’s “She”.

Since the year 2000, Costello has provided the title song for the albums, “For The Stars” – with classical mezzo-soprano, Anne Sofie von Otter – “The River In Reverse” – with Allen Toussaint – and “Wise Up Ghost” – with The Roots.

“Following his 1977 debut album, ‘My Aim Is True’, Elvis Costello and the Attractions
enjoyed an unbroken run of U.K. chart success for years”

In 2014, Costello composed music for a dozen unpublished Bob Dylan lyrics from 1967 and was part of the New Basement Tapes ensemble for the album, “Lost On The River”.

Working purely as a lyricist, Costello most famously wrote the words for Clive Langer’s enduring ballad, “Shipbuilding”. He has also written a lyric for Billy Strayhorn’s “Blood Count”, entitled, “My Flame Burns Blue” and words for the music of Diana Krall, Steve Nieve, Bill Frisell, The Jazz Passengers and along with eight Charles Mingus compositions.

Since 2002, Costello has toured extensively with The Imposters; featuring bassist and vocalist, Davey Faragher together with original Attractions cohorts, Pete Thomas and Steve Nieve , with whom Costello has also toured in several two-man concert adventures.

The highlights of The Imposters career have included the recording of “The Delivery Man” in Oxford, Mississippi and “Momofuku” at Sound City Studios in Van Nuys as well as extensive touring with Allen Toussaint and the Crescent City Horns following the recording of “The River In Reverse”, the first major recording project to visit New Orleans after the disasters and destructions that followed Hurricane Katrina.

The worldwide success of, “The Spectacular Spinning Songbook”, saw the show visit a dozen countries and included a total of five performances at the Royal Albert Hall over 2012 and 2013.

In 2013, Elvis Costello and the Imposters made a memorable return to the Pyramid Stage of the Glastonbury in support of The Rolling Stones. It was a festival that Costello had headlined on three occasions in the ‘80s and 90s.

Other memorable guest appearances on stage have been seen him vocalize with Bob Dylan, Bruce Springsteen and Tony Bennett, making his Grand Ol’ Opry debut in 2006 at the invitation of Emmylou Harris.

On March 16th, 2003 Elvis Costello and the Attractions were inducted into the Rock and Roll Hall Of Fame by Sir Elton John at the Waldorf Astoria, New York City.

Elvis Costello will be inducted into the Songwriters Hall of Fame on June 9th, 2016.

He is the author of the recently published memoir, “Unfaithful Music & Disappearing Ink”.